Healthwatch Stockton-on-Tees conducted a survey in January 2020 on mental health experiences from residents across the Boroough to help improve local services. 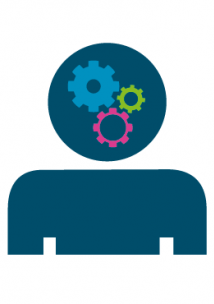 Suicide is a major public health concern. In Stockton-on-Tees, suicide rates for men are higher than for women, a picture which is seen nationally. Reducing suicides will remain an NHS priority over the next decade. This work will support adults with severe mental illnesses and provide support for individuals who self-harm.

Each group was set up independently, some working with groups of men aiming to increase confidence and self-esteem. Some were to focus upon physical activities, others were run on a more informal café style, with weekly sessions providing space for men to come together, try new opportunities and increase their confidence and motivation to take control of their future.

Other organisations provided work based programmes, including a six week programme at Preston Park helping out within the walled garden area and work on developing strategies for wellbeing and resilience.

Healthwatch Stockton-on-Tees contacted each of the organisations that had been allocated funding to advise them of the work we wanted to do and sought to discuss ways in which we could engage with some of the service users. A survey was devised and asked that this be shared with men on the projects. Freepost envelopes were provided for return of the survey. We also said that we would be willing to meet with some of the men, either as a group or individually, in order to gather feedback from them.

Some organisations failed to respond to our request to meet with them, whilst others, such as the Samaritans said they would be unable to put us in contact with individuals due to confidentiality issues. As a result, only eight surveys were returned to us.

In order to seek further information it was decided to expand our initial remit to include not only men, but also women, who had experience of using mental health services. This took the form of seeking case studies which provided some insight into the problems they perceived when trying to access services and support.

Although attempts were made to engage with people attending a range of therapeutic services feedback was very limited. We were only able to talk to a small number of people face to face, and although some agencies were given surveys to hand out, very few were returned. Attempts to promote the survey online via social media outlets also proved to have little impact.

Those who returned surveys to us were generally fairly positive about the service they received. Waiting times were kept to a minimum, with six out of seven respondents starting therapy within two weeks of being referred. Where prescribed, no therapy sessions were cancelled or therapists changed.

A range of therapies were provided, including counselling and social prescribing. Medication was also prescribed in four out of seven cases. All those who responded felt that the treatment they received was successful, or partly successful, in treating their illness. However given the nature of mental ill health some respondents felt that was always a chance of something re-occurring at any time.

Those who made suggestions about how the service provided could be improved highlighted such things as better signposting to services including support groups, ease of referral bearing in mind that not everyone is comfortable using the telephone, and making therapy environments more conducive to patient needs. Several highlighted the need for raising awareness of mental health, not only amongst the general public but also among health professionals.

The case studies highlight some of the obstacles that can get in the way of receiving good quality treatment at the right time. One study highlights the fact that questions such as “are you experiencing suicidal thoughts” are not always as clear cut as ‘yes’ or ‘no’ and that access to treatment can depend very much upon the answer given. It also highlights that trying to discuss how you really feel over the telephone can be extremely difficult. However, once treatment was received this has been found to be very helpful.

Another study highlights difficulties accessing service through the CAHMS service, even though the case had been highlighted as ‘high priority’. In this instance a delay in accessing the service led to the young lady being hospitalised after another episode where she had attempted self-harm. There then followed further delays due to poor communication and appointments being cancelled without notice.

Healthwatch Stockton-on-Tees have been made aware through our ongoing general engagement work that a number of people have concerns about the service they are receiving from CAHMS. This would appear to be a service under considerable pressure.

It is evident from the, albeit limited, information provided that receiving the right support at the right time is crucial to supporting people at times of crisis in their lives.

You can download our full report below, including our recommendations.

Looking for information about health and care?

Find advice and information to help you stay well and make decisions about your health and social care support. 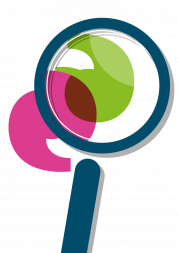